REGISTER
WESG > NEWS > Ninjas in Pyjamas, 5POWER round out the list of participants for WESG CS:GO Grand Finals

The list of participants for WESG 2018-2019 Grand Finals in CS:GO has been finalized. Ninjas in Pyjamas and 5POWER have joined the competition, being the last confirmed teams to fly to Chongqing and fight for the lion’s share of an $890,000 prize pool. 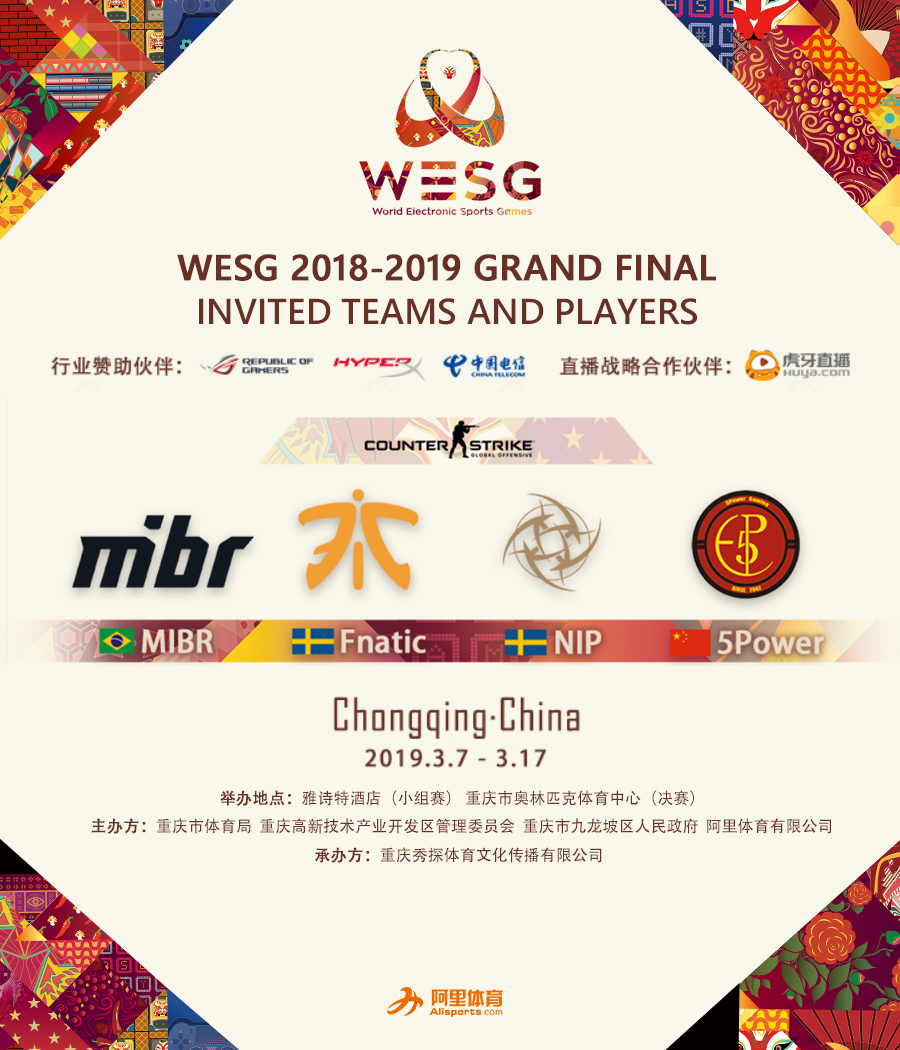 The Swedes of Ninjas in Pyjamas are the latest invited team for our tournament, coming up after MiBR and Fnatic. Based on the HLTV Rankings, NiP are the 6th strongest team in the world at the moment of writing, also being considered as the best squad Sweden has to offer. With the mixture of legendary players, such as Christopher "GeT_RiGhT" Alesund and Patrik "f0rest" Lindberg, and young talents, we think of Ninjas in Pyjamas as one of the main contenders for the WESG championship title.

5POWER have found their spot in the list of teams for WESG 2018-2019 Grand Finals as they won the last chance qualifier that was held on February 22. On their way to the spot at the Chongqing event, 5POWER defeated EHOME and ViCi Gaming, taking down the latter in the final match with a 2-0 score: 16-13 on Mirage, 25-22 on Inferno. At the upcoming WESG Grand Finals in CS:GO, they will be representing China alongside CyberZen who previously prevailed in the Chinese qualifier. 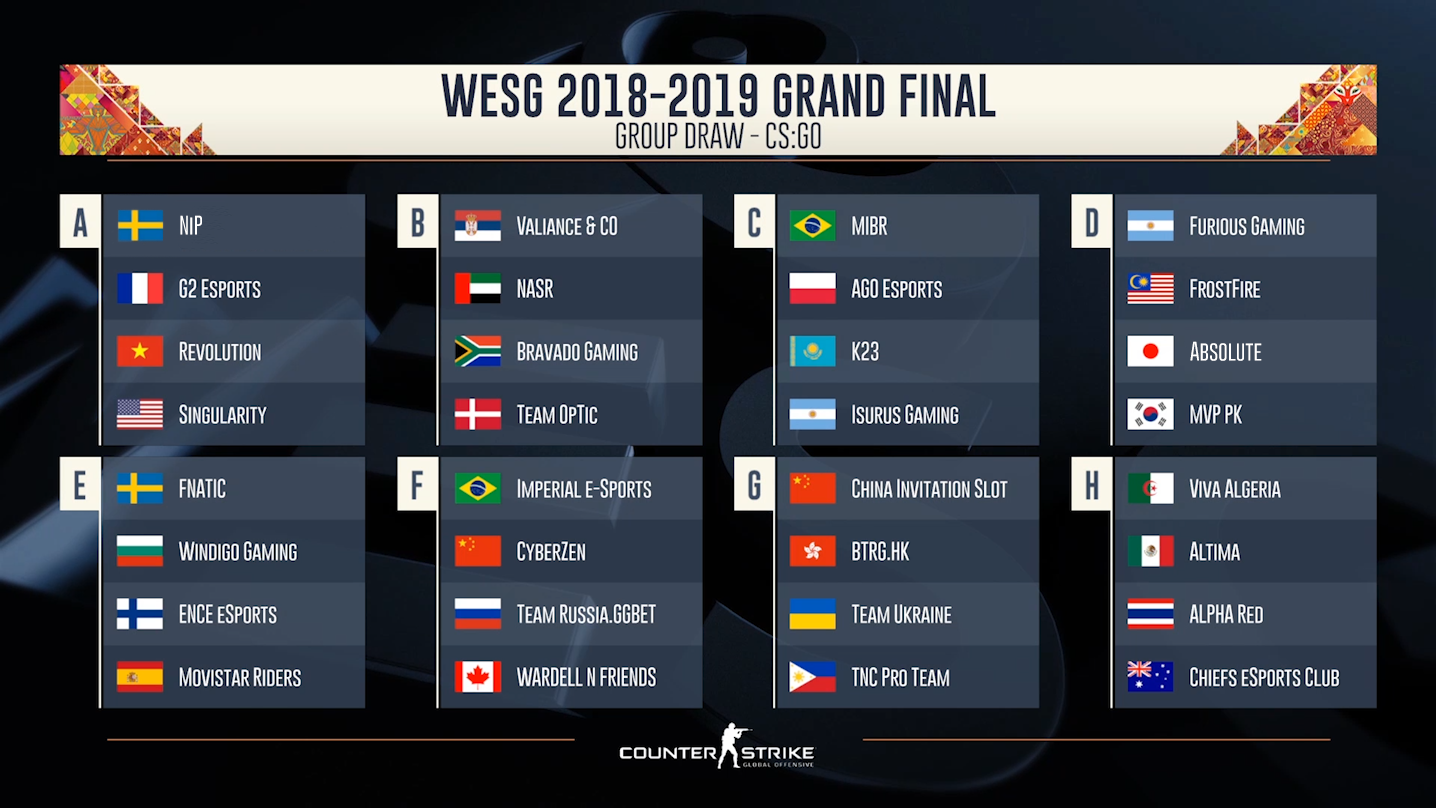 WESG 2018-2019 Grand Finals in CS:GO will be running from 11 to 17 March in Chongqing Olympic Sports Center with $890,000 of the prize money to be played off by 32 teams in attendance. The other important details about the tournament will be revealed in the near future.