Best worlds player by the results of Blizzcon 2018 Joona "Serral" Sotala and the best Chinese player Zhou "iAsonu" Hang will join the WESG 2018-2019 Grand Final. Both players received the last direct invites and will show their incredible performance in the city of Chongqing, China. 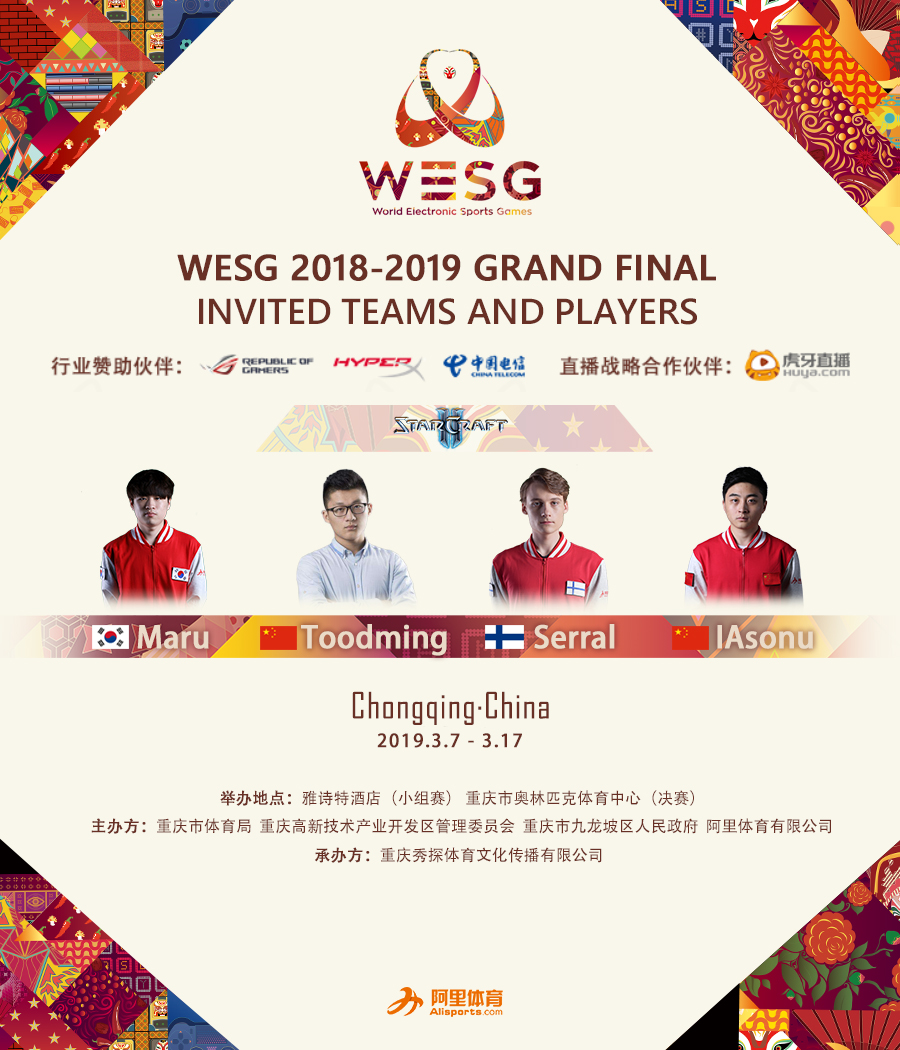 Due to the new rules, four players/teams will receive direct invites to the WESG 2018-2019 Grand FInal. Besides Serral and iAsonu, in StarCraft II discipline direct invites were received by Maru and Toodming. And that is mean that all 48 StarCraft II players determined and only in a few weeks they will fight for the title of the new WESG champion and the total prize pool of $240 000.

StarCraft II will kick off on March 11 with the group stage. All 48 participants were seeded into 8 groups, 6 players each. Only 4 players from each group will advance to the next stage - Single Elimination Playoffs. 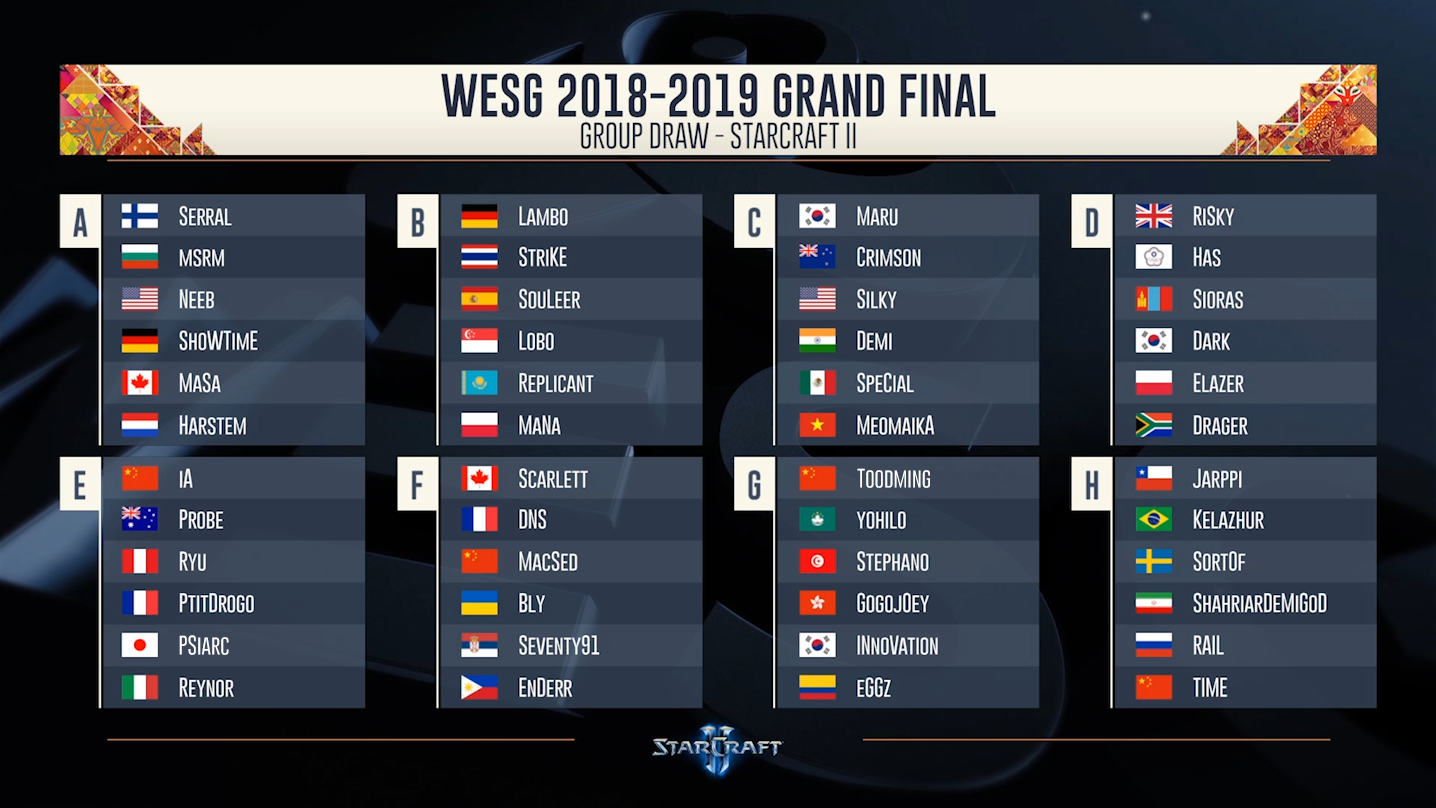 Here you can find the schedule of the main stages: